From Gramps
(Redirected from Gramps Web)
Jump to: navigation, search 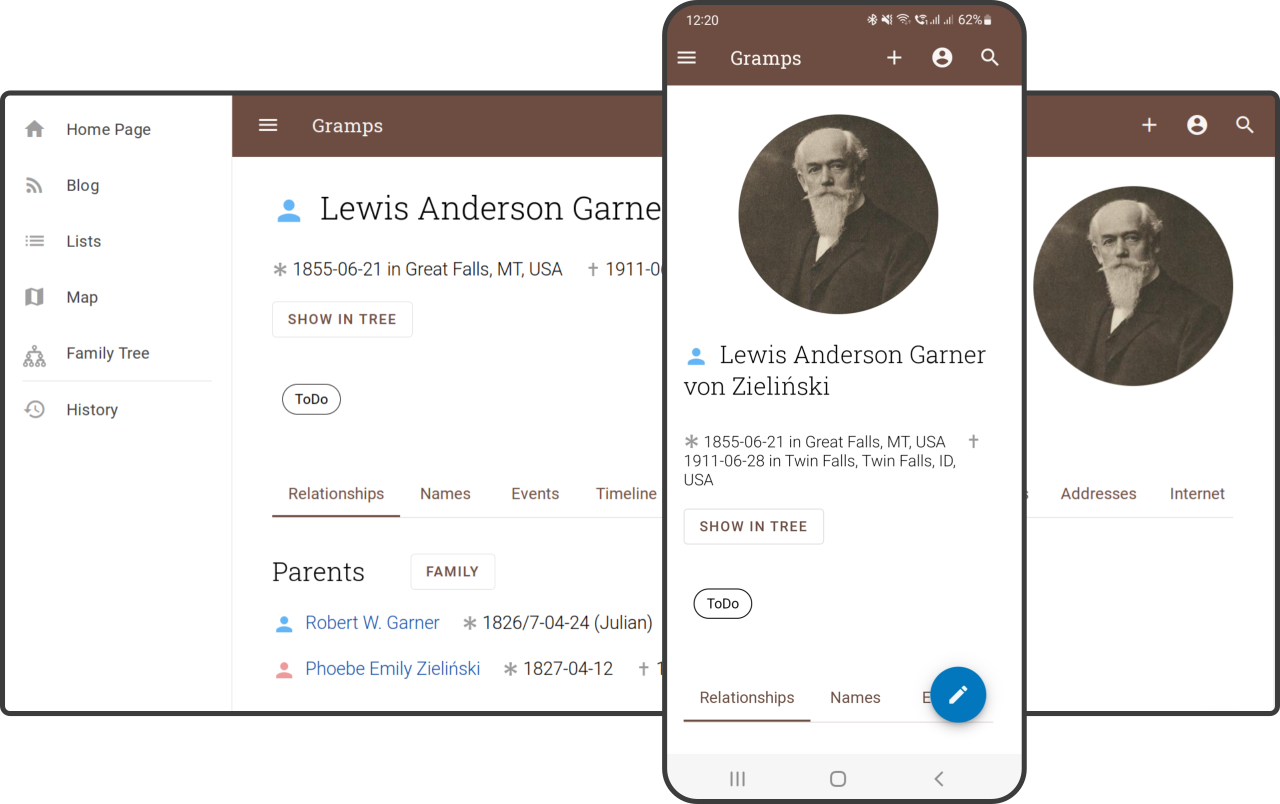 Is Gramps Web an add-on within Gramps?

No, Gramps Web runs on a server and is accessed via the web browser. It is not part of your desktop Gramps application.

Gramps Web is for limited simultaneous use by a number of authenticated users. It not meant to be exposed to the internet for unlimited public access. (More general access would demand a powerful server or expensive hosting.) User accounts can be created by the site owner via the command line or web interface, or by self-registration and subsequent approval by the site owner.

The server may be remote at a hosted service or on your local network. The supported architectures for local network include not only x86-64 (desktop systems), but also ARM systems such as a Raspberry Pi, which can serve as a low-cost, but powerful (enough) web server.

Gramps Web is a separate project based on the same code base as Gramps Desktop. It uses the Gramps Python library at its core to provide a REST API backend service leveraging the genealogical functions and database handling of Gramps. On top, it serves a modern, mobile-first web frontend.

Configuring a Gramps Web instance on your own server or hosted service is an EXPERT level task. But there are deployment options using a Docker container and a turnkey "1-click App" offered as a service if you have a (paid) Digital Oceans droplet account.

See the project documentation on GitHub.

Gramps Web is a web app that runs on a server and is accessed via the web browser. It is meant to be made accessible to authenticated users via the internet.

The most convenient way to host Gramps Web is via Docker Compose. While this is not possible with ordinary "shared hosting" providers, this makes it possible to host the app on Linux, Mac, or Windows; it can be hosted on a virtual server or on a Raspberry Pi (we provide Docker images for the ARM architecture) in your basement.

Apart from Docker, you will also need some storage space to store your media files (images, documents).

Finally, Gramps Web is only secure when served via HTTPS, so you will require an SSL/TLS certificate.