This was an initial discussion page about a data server. This information has been superseded by GEPS 013: Gramps Webapp.

Proposition of a Gramps Web Application. Now that the main graphical user interface (GUI) has been separated from the command-line interface (CLI), a web application would be the next logical step.

Web developers are in need of a method of accessing and creating functionality with their Gramps data on the web. Having a Gramps webapp would allow a Gramps-based web project.

Genealogy Management Systems on the web:

Note here: the intro page is a collection of gadgets/controls, which then link into the real data.

Many of these comments were directed at an earlier prototype on a Gramps Server Mode‎. This GEP has been updated to reflect the larger goal of building a fullscale web application.

There were many good ideas on the talk page and in the mailing list about the functionality of the webapp. A couple of them involved the security of the site.

An idea that emerged is to allow access to non-logged in users, but only show the data via a private proxy. That way, a visitor (and google) can see things like "Living Smith". However, as you log in, you gain ability to see detail, and edit the data.

A prototype of a Gramps Django webapp is in branches/geps/gep-013-server. To run it, do the following: 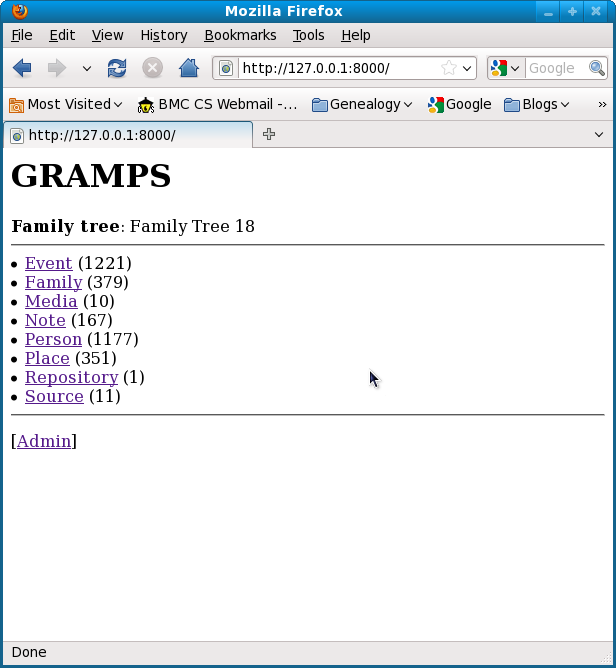 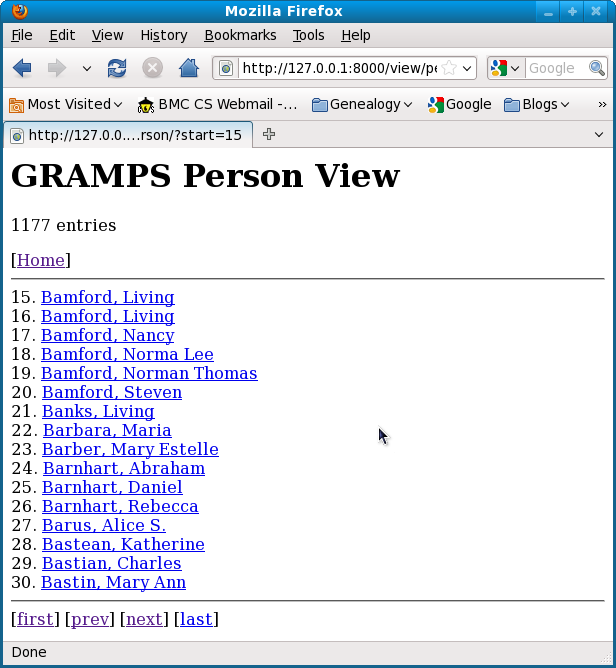 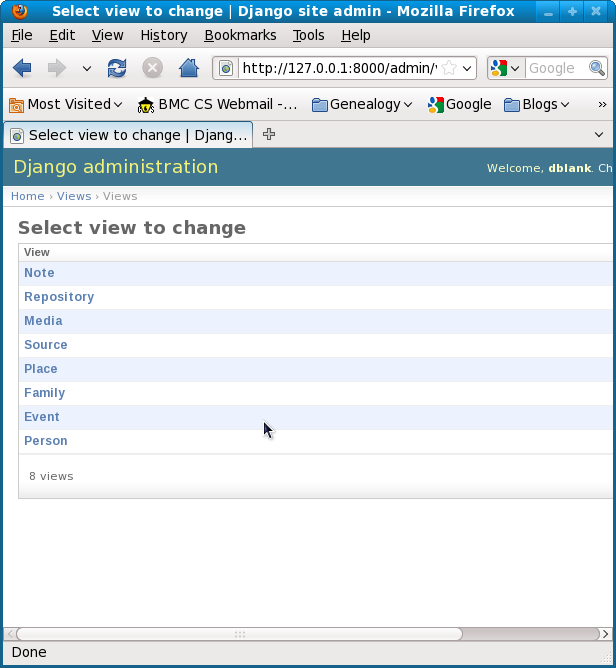 Concurrent access for write and read imply several problems when people by accident change the same objects at the same time. Gramps itself has an elaborate signal handling for cases when dialogs are open with no longer current information. In a web environment, this becomes more difficult however.

The working method for support of concurrent access is then:

There seem to be two modes for concurrent edits on the web: something like what this wiki uses, and something more complicated using AJAX. I think we should make this as simple as possible for the following reasons:

However, I'm not suggesting that we don't handle this properly, but we can probably get by with what the wiki does (and is largely what you describe above):

This is not built into Django: