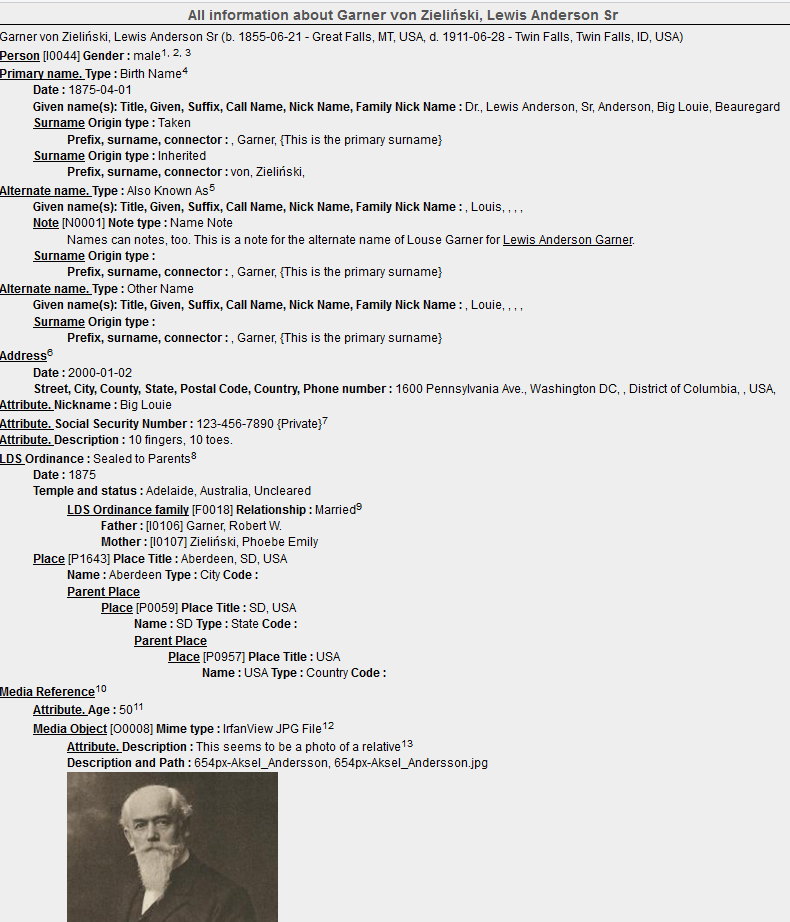 The PersonEverything Report is designed to show absolutely everything about one person, including all events, notes, citations, sources, attributes, media and the family information about the families in which they are involved. (E&OE)