This format allows you to import/export a spreadsheet of data all at once. The spreadsheet must be in the Comma Separated Value (CSV) format. Most spreadsheet programs can read and write this format. It is also easy to write by hand. This is the only Gramps import format which allows for merging with existing data.

New for Gramps 3.3: Previously, sources were not exported, but now they are. Sources are referred to by their title text. You can add further details to a source after importing.

There are some columns that will be blank, specifically note and source columns. These are listed in the spreadsheet so that you can make notes for the import, but notes are never exported with this tool. Gramps 3.3 now exports source titles; previously no source data was exported.

If you load this spreadsheet into Open/Libre Office, make sure you select each column as type Text rather than Standard. Standard will reformat your dates and numbers. Also, if you use Excel, you will probably want to select all cells once opened, and change the format of the cells to Text.

Case doesn't matter. Notice that the names don't use underscores in them. You may use any combination of these, in any order. (Actually, you have to at least have a surname and a given name when defining a person, and you have to have a marriage and child columns when defining children, but that is it.) The column names are the English names given (for now) but the data should be in your language (including the words "male" and "female").

Here is an example spreadsheet in Open/Libre Office, but any spreadsheet program should work. 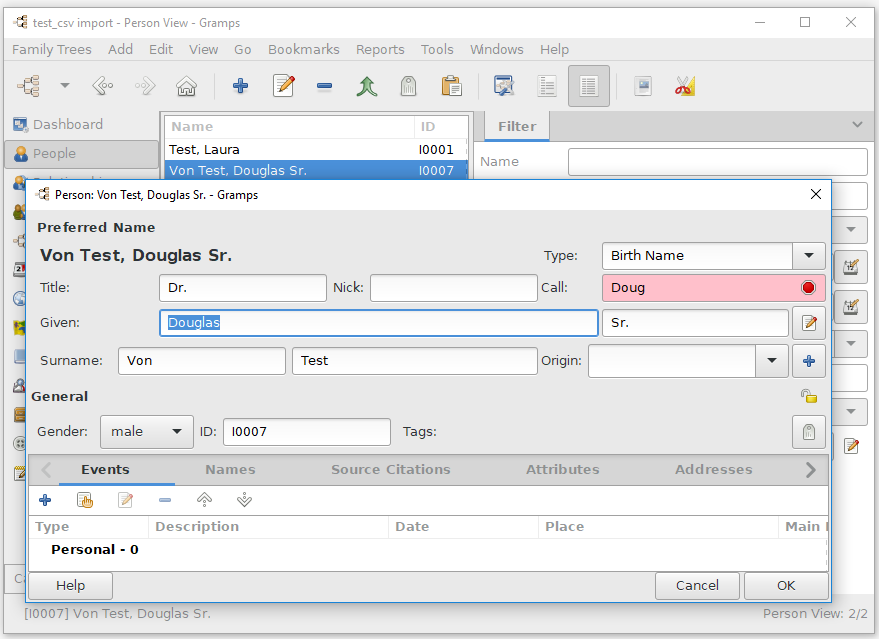 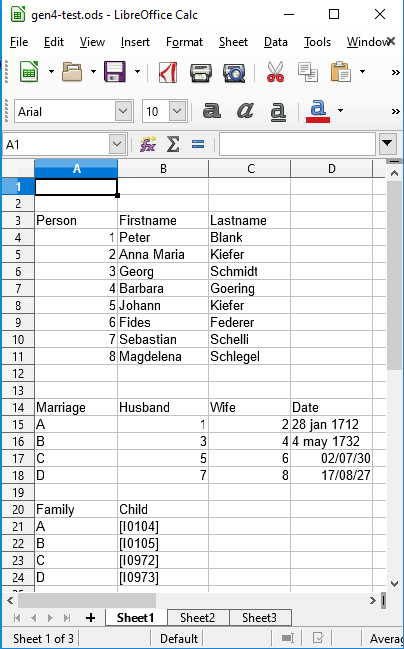 In this example, I had an entire generation to enter, 16 names with marriage dates. The children I already had in the database. I entered them into Open/Libre Office:

Open/Libre Office allows you to turn off autoformatting when you open the CSV file. If you don't do this, Open/Libre Office may interpret the dates incorrectly. Change the type of the column to Text rather than Standard. If your spreadsheet program doesn't allow you to format the fields before you get it into columns (eg, Excel) you need to change the display format of dates in gramps before you export. You can do this under Edit -> Preferences -> Display -> Date Format. 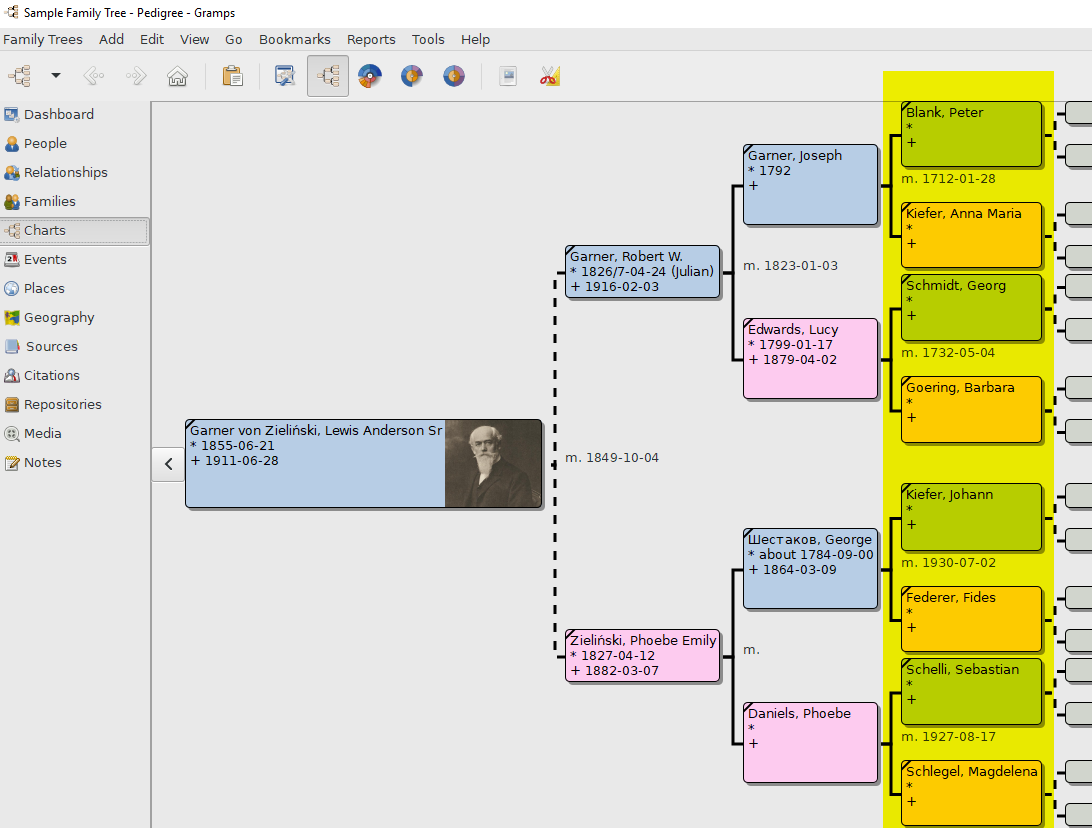 Fig. 5.1.4 Saving as CSV and importing into gramps produces the far right-hand column in the tree.