From Gramps
(Redirected from GEDCOM Extensions)
Jump to: navigation, search

This Addon has a collection of unofficial GEDCOM extensions which extend Gramps GedcomWriter to include common non-compliant GEDCOM additions.

If the feature you want is not listed below, then you can either add it yourself, or ask a developer to help you.

The following GEDCOM Extensions are supported: 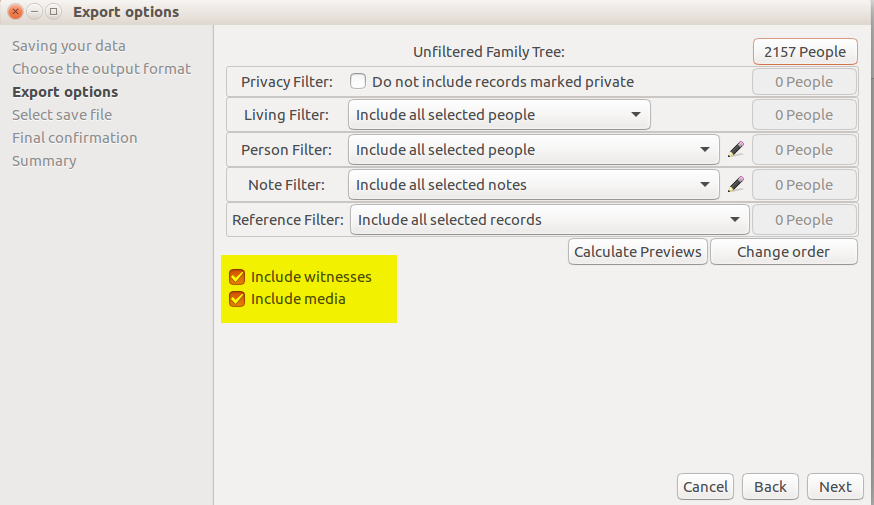 Then press Next, and after selecting the save location and applying the export the data should be exported to a file with the extension ".ged2".

Afterwards, you can change the extension from ".ged2" to ".ged" and treat as a normal GEDCOM file.

There are no import extensions currently supported.